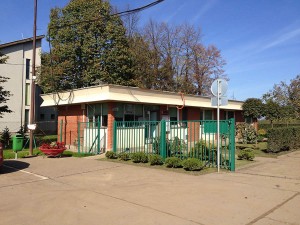 Its rapid development, agricultural enterprise “Sava Kovacevic” began in 1965., only to be integrated into the 1973 IPK “Vrbas” as the first member of Backa rural agro complex.

In December 2003. there was the privatization of companies, and “Mirotin” DOO Vrbas became the owner of 68.23% of the capital of the “Sava Kovacevic”, which begins its rapid and accelerated development of modern crop-livestock farms. With a permanent investment of the new owners, customizing the product range and with the introduction of modern agro-technical measures we have become one of the leading agricultural companies in Serbia.

At about 4,400 ha of arable land for the need of agricultural production is represented by industrial plants (40%), cereals (55%) and fodder crops. In addition to farming, significant resources have been invested in animal production in recent years, given its very strong position in the agrarian sector.

This production is focused in two directions:

The company headquarters and manufacturing plant is in Vrbas, street Vinogradska Kosa bb. In the Business Registers Agency, the company is registered as:

Main activity is the cultivation of wheat and other crops.